The city of Kenai is in many ways the heart of the Kenai Peninsula, both economically and because the massive Kenai River draws thousands of Alaskans from all over the state every summer for salmon fishing.

Read Top 6 Things to Do in Kenai.

Kenai is the largest community on the Kenai Peninsula with a population of around 7,800. The city sits on a low rise overlooking the mouth of the Kenai River. To the west, majestic views of the Alaska Range and three active volcanoes (Mount Spurr, Mount Iliamna, and Mount Redoubt) make for a dramatic backdrop. Located on the western side of the Kenai Peninsula, the town of Kenai is accessible by road, just off the Sterling Highway, 160 miles from Anchorage and 80 miles from Homer.

The main reason most visitors come to Kenai is for the world-class salmon fishing in the lower Kenai River and at its mouth. King salmon, red salmon (also called sockeye salmon), silver salmon (coho), and pink salmon spawn up the river and are caught by anglers each summer. The Kenai River was responsible for producing the world-record-holding king salmon, which weighed in at more than 97 pounds. Most charter fishing captains based in Kenai focus on the Kenai River, offering clients float trips that include casting for four different species of salmon, with the primary target being the giant Kenai king salmon.

Visitors to Kenai also enjoy scanning the waters offshore for beluga whales from the edge of the bluff at Beluga Whale Lookout. The observation area overlooks the mouth of the Kenai River, and in late spring and early summer, belugas are often seen riding the incoming tides to feed on salmon. The lookout also provides a good view of the mouth of the Kenai River, which is hopping with fishing activity in the summer, and the volcanoes on the west side of Cook Inlet.

Old Town Kenai is home to a collection of historical buildings that tell the story of the area’s rich history. Start at the Kenai Visitor and Cultural Center, a source of local information and an attraction unto itself, with historical exhibits and walking maps of Old Town. The historical exhibits highlight the city's Russian heritage, offshore drilling, natural history, and Alaska Native artwork.

In 1867, the U.S. Army built Fort Kenay, a series of barracks where more than 100 soldiers were stationed. Today, visitors can see a replica of the fort in Old Town that was reconstructed as part of the Alaska Centennial in 1967. Across from Fort Kenay is the ornate Holy Assumption of the Virgin Mary Russian Orthodox Church. The white-clapboard structure topped with three blue onion domes was built in 1895. It is the oldest Orthodox church on mainland Alaska and designated as a National Historic Landmark, one of only 48 in Alaska. Just west of the church is St Nicholas Chapel. The small chapel was built in 1906 over the burial site of Father Igumen Nicolai, Kenai's first resident priest. Additional historical buildings, including several homesteader cabins dating back to the early 1900s, can be seen in Old Town.

Outdoor recreation enthusiasts will find lots of activities in the Kenai area, including hiking, biking, boating, birding, and wildlife viewing. The nearby Captain Cook State Recreation Area is located on the shores of the Cook Inlet and is a peaceful spot for beachcombing, picnicking, and birding. The Kenai National Wildlife Refuge encompasses 2 million acres of mountains, forests, wetlands, and lakes, and is a popular destination for hiking, canoeing, fishing, wildlife viewing, and camping.

Kenai offers the only full service 18-hole golf course on the Kenai Peninsula, with a driving range, pro shop, clinics, and power cart rentals. The golf course is open for golfing late into the evening in summer and for cross-country skiing in winter. If disc golf is more your thing, the City of Kenai maintains an 18-hole disc golf course that is free and open to the public year-round.

Summer is the peak time to visit Kenai, but there are plenty of outdoor recreation opportunities to take advantage of in winter. Locals and visitors alike enjoy cross country skiing, ice fishing, snowmobiling, fat tire biking, ice skating, and hockey.

For those interested in fishing, Kenai is home to several fishing lodges that include accommodations, meals, and fishing charters. A wide variety of hotels, inns, motels, lodges, B&Bs, hostels, and cabins can be found in Kenai, with many featuring stunning vistas of the Cook Inlet or peaceful views of the Kenai River. There are two RV parks in town and lots of campgrounds in the many parks and public lands in the surrounding area.

The Kenai River’s legendary salmon is the reason Kenai is one of the oldest continuously inhabited European settlements in Alaska. Before contact with the Western world, Dena'ina Athabascans had a permanent village of more than 1,000 in the area. Russians were the first non-Native people to settle in the area, in 1741, and later established a fortified trading post, Fort St. Nicholas, which included the first Russian Orthodox Church on mainland Alaska. Modern Kenai took shape in the 1950s, and specifically in 1957, when the first major oil strike in Alaska was made at Swanson River, 20 miles northeast of Kenai.

Explore more in the Kenai Peninsula. 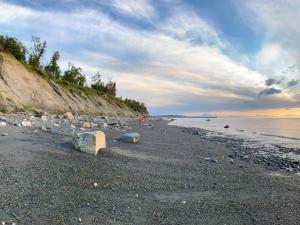 Discover this lesser-known jewel for outdoor adventures on the Kenai Peninsula. Just north of the towns of Kenai and Nikiski, Captain Cook State Recreation Area offers a… 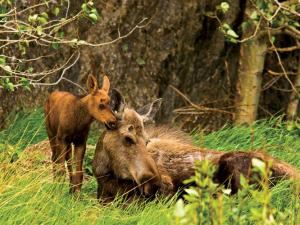 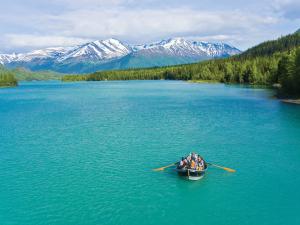 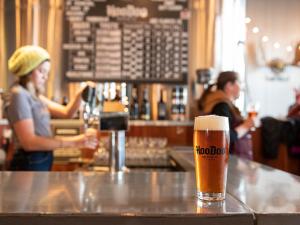 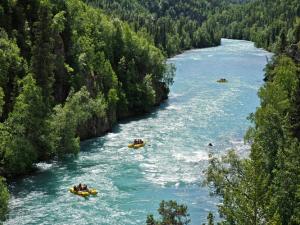 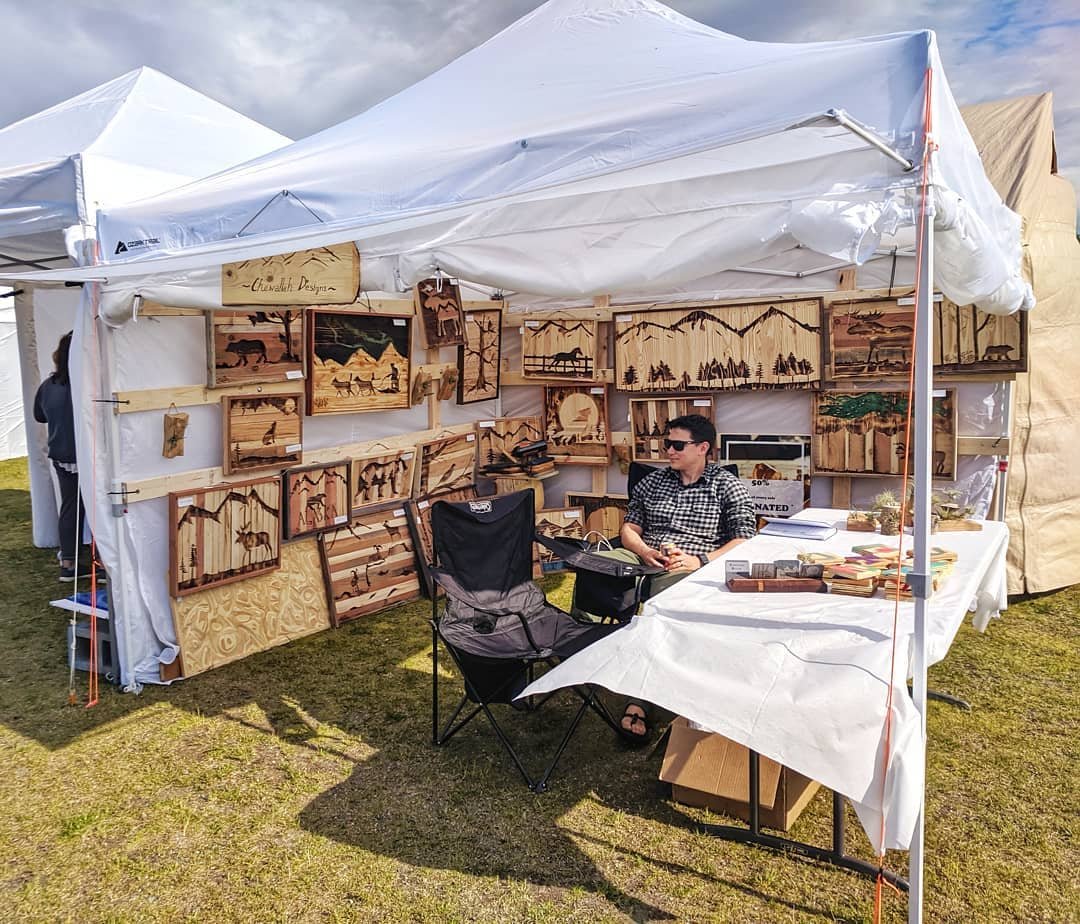 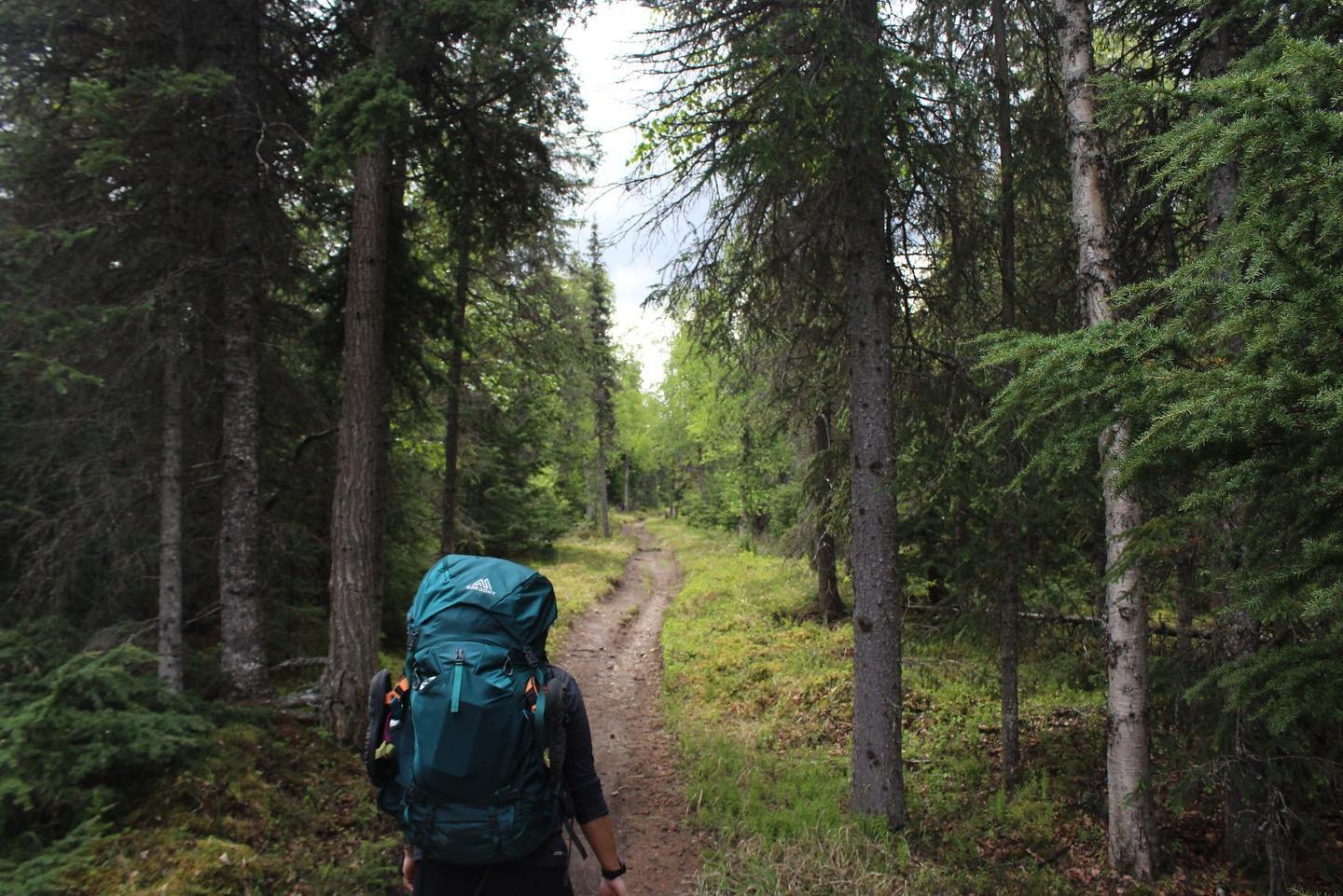 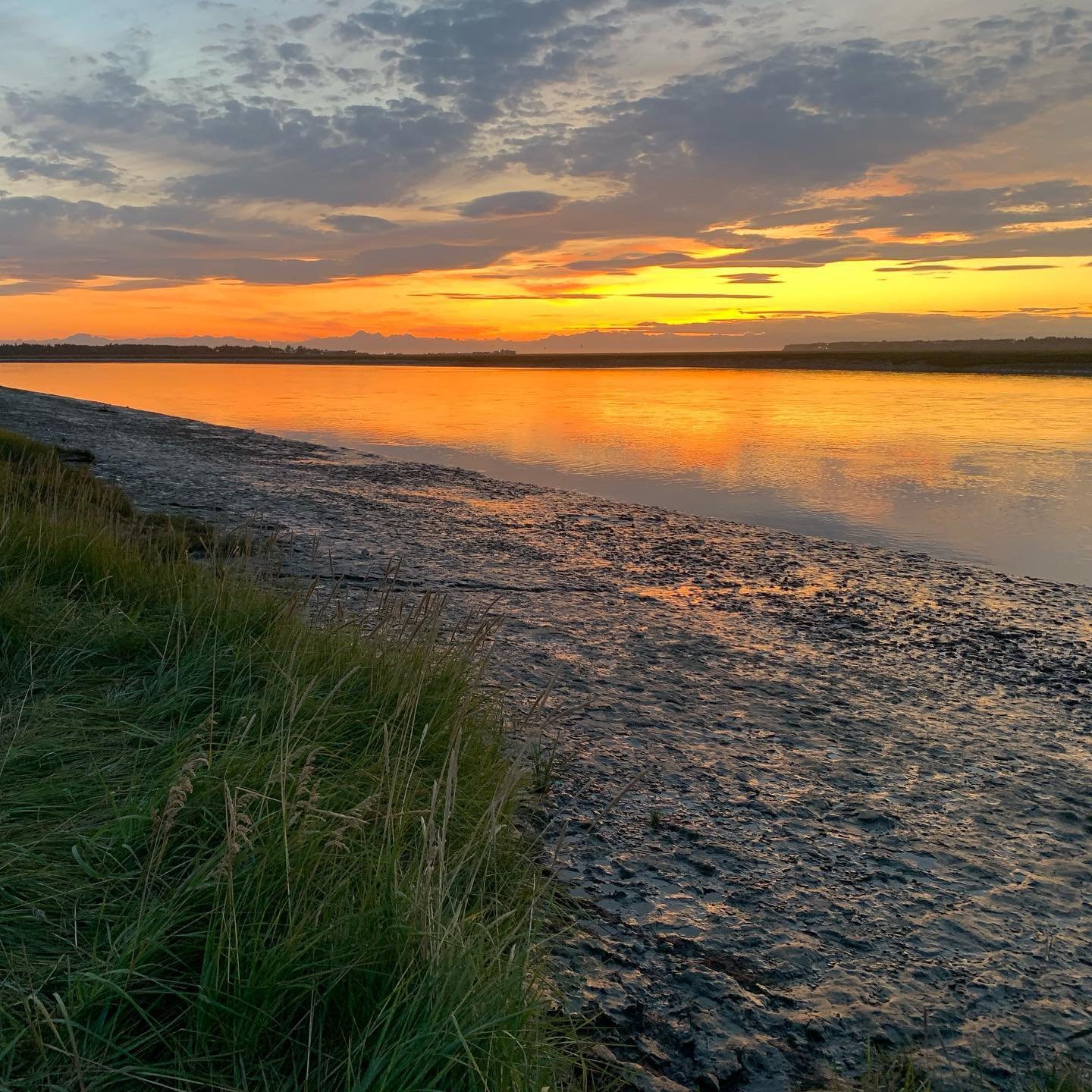 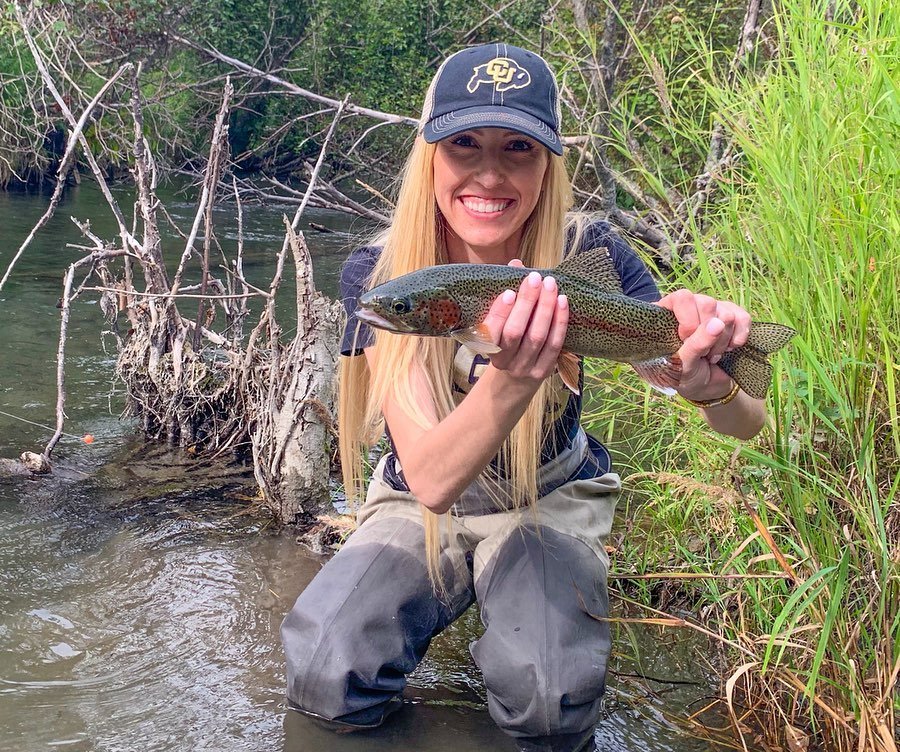 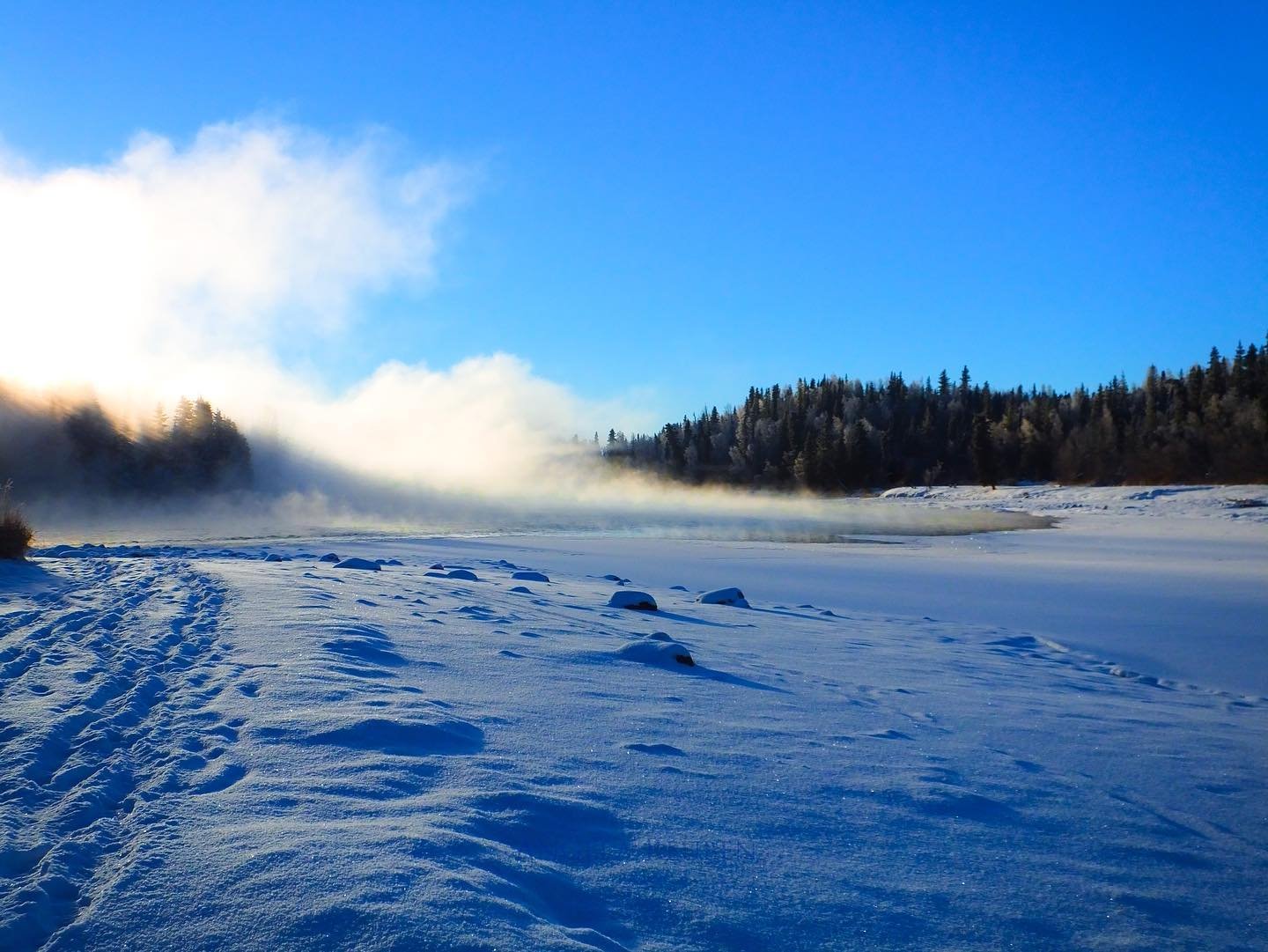