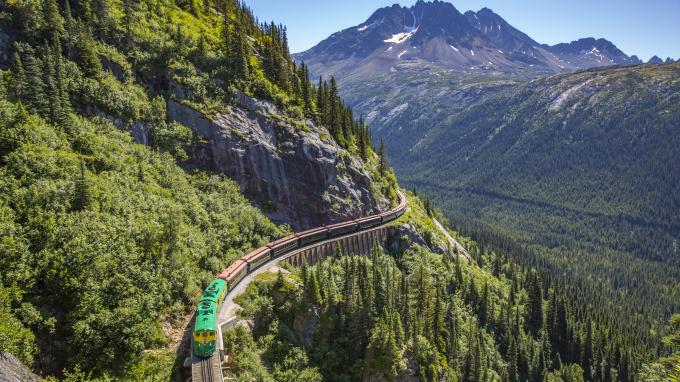 Built in 1898 to open the Klondike to gold seekers, this narrow gauge railway, originally stretching from Skagway, Alaska, to Whitehorse, Yukon Territory, was completed in 1900 with the driving of the ceremonial Golden Spike in Carcross, Yukon. The construction of this engineering marvel, known as "The Scenic Railway of the World", took the labor of 35,000 working men to complete during two years of harsh weather conditions & treacherous terrains, using only black blasting powder and crude tools to hew out the 110-mile line Today, guests experience the breathtaking panorama of mountains, glaciers, trestles & tunnels from the comfort of vintage train cars. Trips depart from Skagway, AK, Fraser, BC, Carcross, YT, & Whitehorse, YT, between early May and late September each year.