The Arctic is remote, but its beauty will take your breath away. In Utqiagvik, the northernmost community in the United States, and in the Arctic communities along the coast of the Beaufort and Chukchi seas, Iñupiat people continue a largely subsistence way of life, hunting and gathering traditional foods from the land and water.

You may want to bring a coat when you explore the Arctic, even in summer. North of the Brooks Range, along the coast, high temperatures – even under the Midnight Sun – typically only reach to mid-40° F during the day, while temperatures can reach more than 70° F as you move inland, away from the cool ocean influence.

Communities above the Arctic Circle - 66°33’ above the Equator - have 24-hours of daylight from May 12 through August 2. In winter, the sun sets on November 19 and won’t rise again until January 23 – the long polar night. That’s not to say that it will be completely dark, however: although the sun may not peek above the horizon, the short days are bathed in the beautiful pink/blue blush of twilight.

Explore things to do in Alaska’s Arctic region.

AVERAGE TEMPERATURE FOR THE ARCTIC 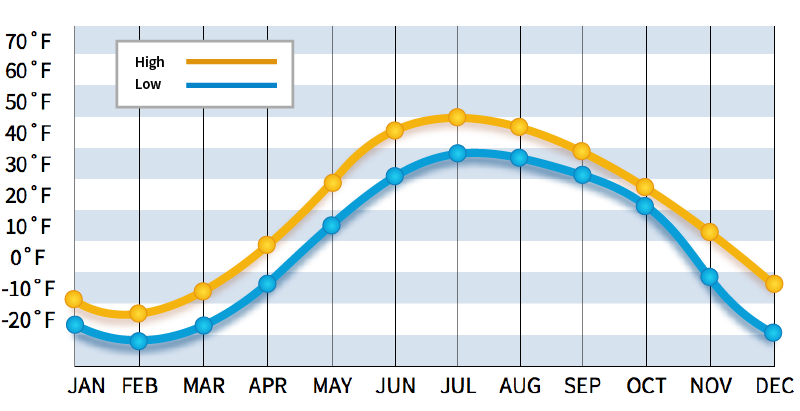 SUNLIGHT HOURS BY MONTH FOR THE ARCTIC REGION 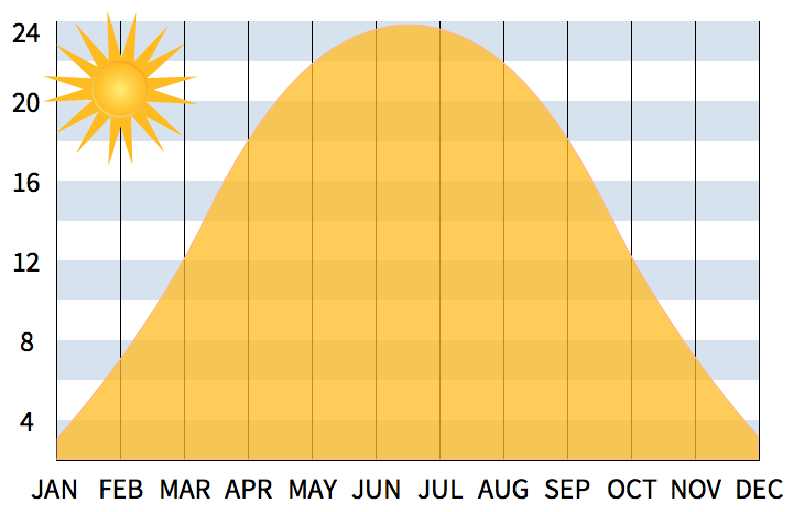 PROPER CLOTHING FOR THE ARCTIC 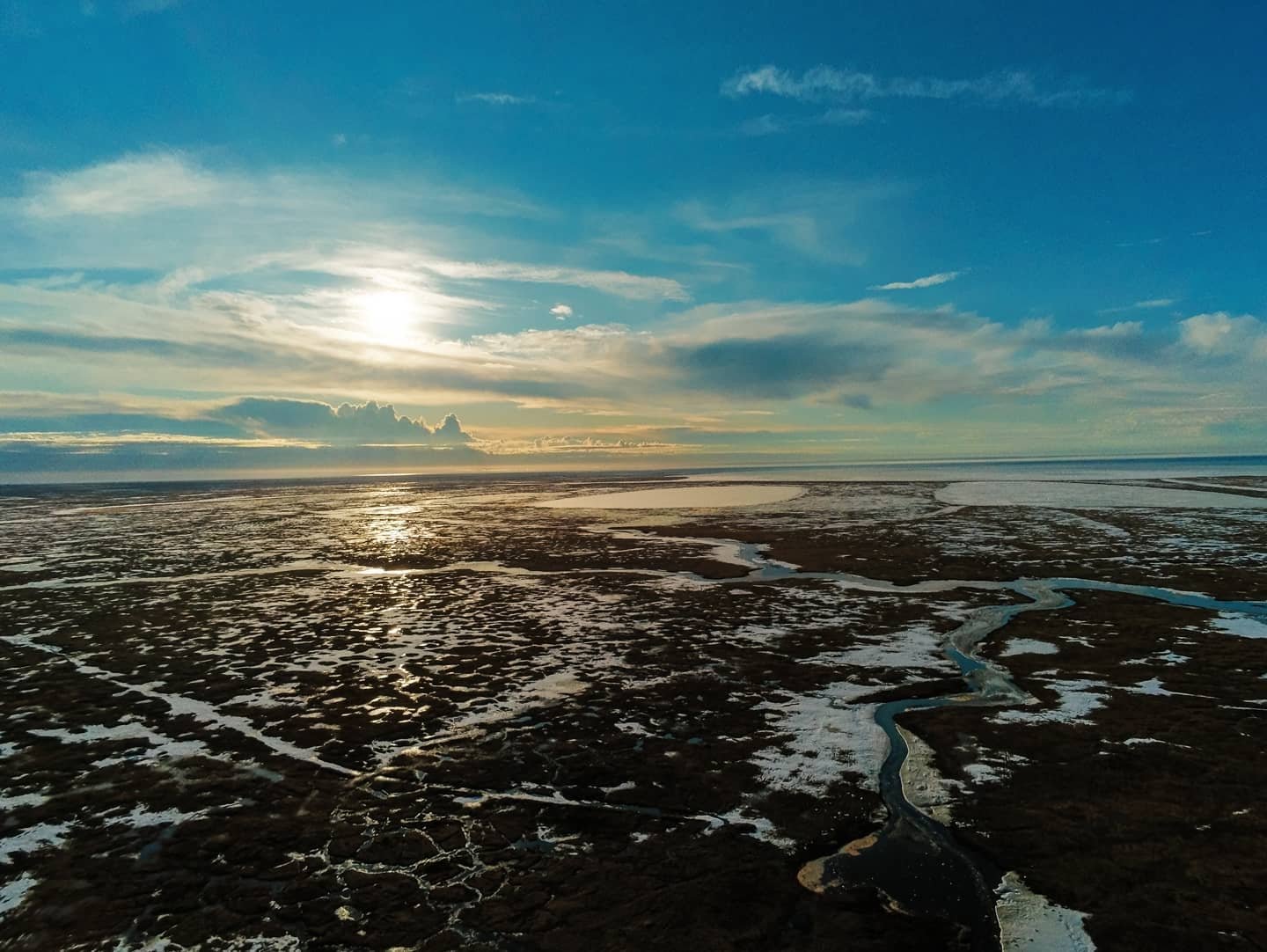 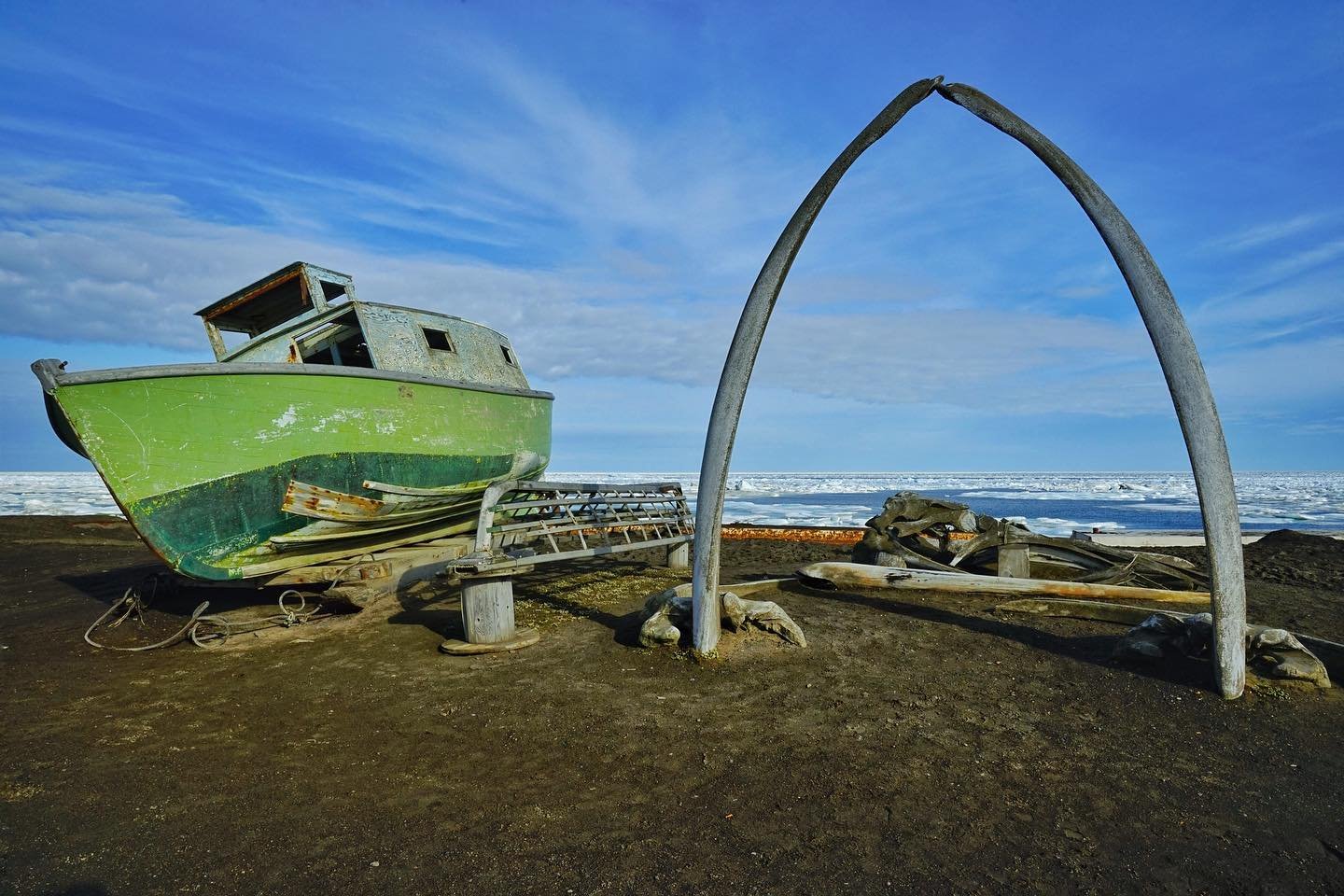 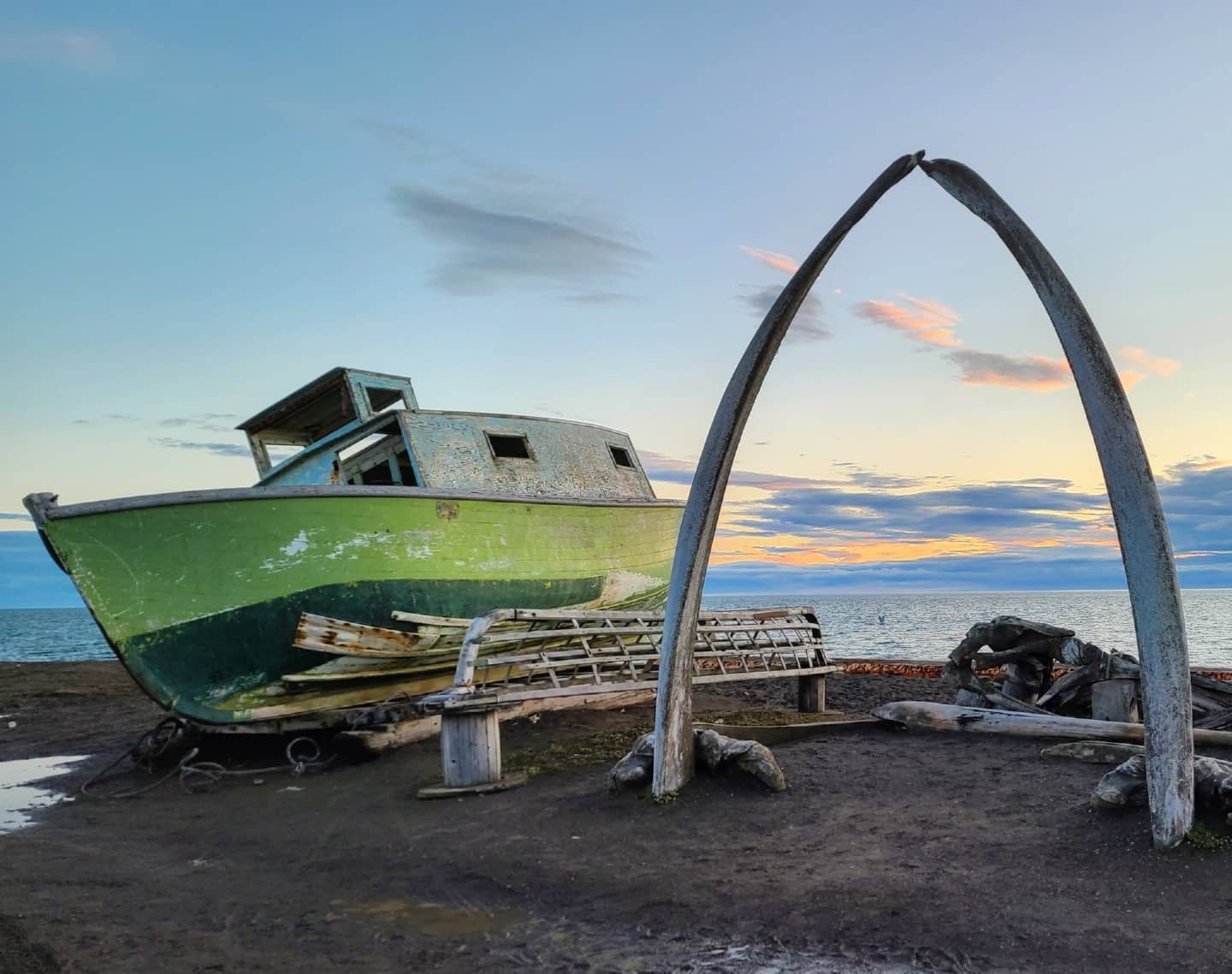 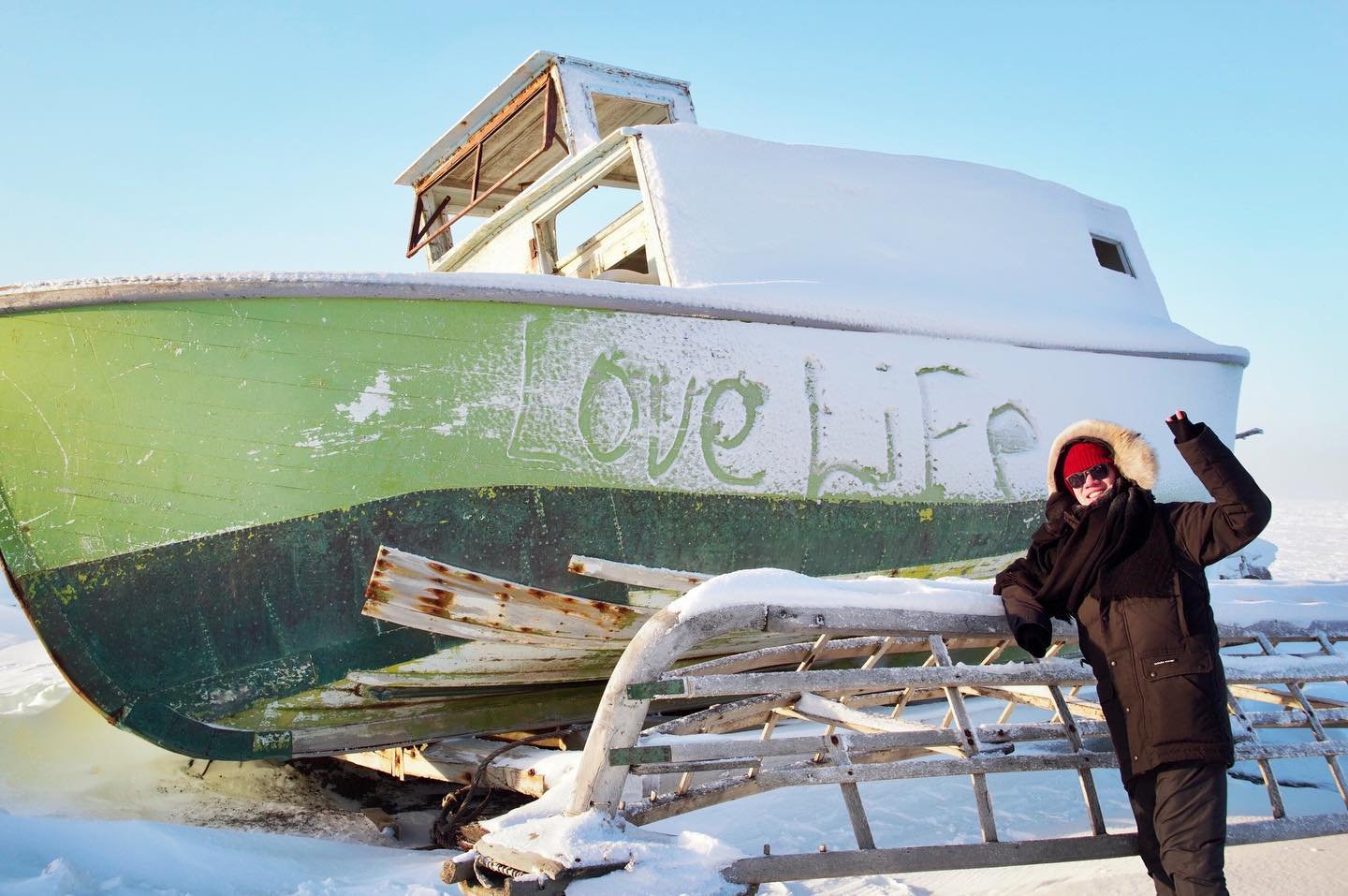 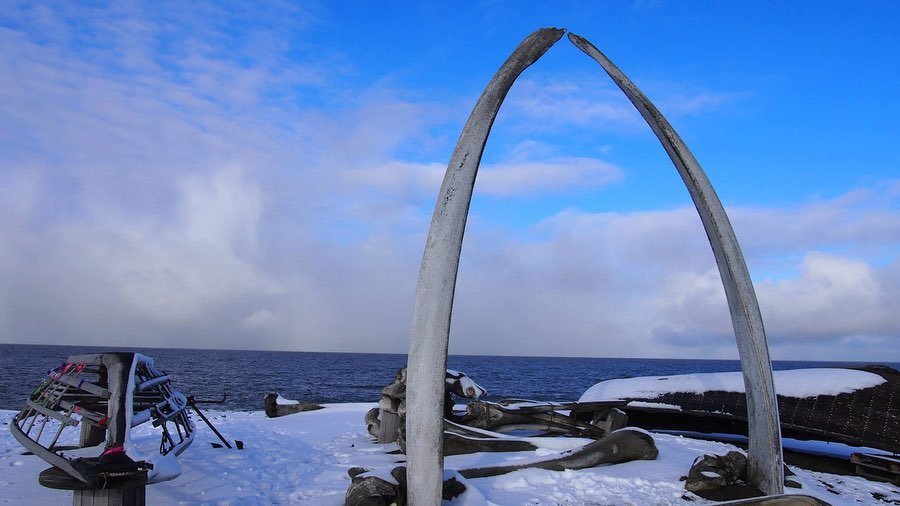