Alaskans have been chuckling over this new slogan that has popped up: "Alaska: Social distancing since 1959." It wouldn’t be funny if there wasn’t some truth to it. Wide-open spaces and the ability to spread out along remote trails and across undeveloped lands is one thing Alaska has in spades. Many Alaskans moved here to get off the grid. Many travelers visit here to do the same, at least temporarily.

With a population of 734,000 and 663,300 square miles of land, Alaska is the least densely populated state in the nation. You can arrive at the airport in the state’s largest city, Anchorage, and still find yourself in the middle of the nearly 500,000-acre Chugach State Park, the third largest in the country, in less than 30 minutes. Alaska’s capital city, Juneau, is set within the 16.7-million-acre Tongass National Forest, the largest intact temperate rainforest in the world. And Fairbanks, the largest city in Alaska’s Interior, is the gateway to our Arctic region, including Gates of the Arctic National Park and Preserve, Arctic National Wildlife Refuge and many thousands of acres of protected public lands.

So you may ask, how can you explore all of Alaska’s remote national parks, national forests, and other public lands, and adventure in all of that magnificent space? Here are just a few options:

You can support local tourism businesses by booking a stay at a wilderness lodge or a backcountry expedition with a local guide. While this may be an obvious choice, there’s no easier and safer way to escape into Alaska’s natural beauty than by following the experts. Alaska is dotted with remote, fly-in, or boat-in lodges where you’ll be one of maybe a few guests and staff will cater to your needs every day. (It is a vacation, right?) Similarly, backcountry guides are often willing to take private clients on multi-day camping or kayaking trips. You may spend time hiking in Wrangell-St. Elias National Park and Preserve or simply fishing alongside the Kenai River — it’s up to you.

While Alaska’s national parks often make the headlines, don’t forget the hundreds of thousands of acres in the state park system, which celebrated its 50th anniversary in 2020. Four of the parks in the system are also celebrated 50 that year, including the aforementioned Chugach State Park and other favorites. Kachemak Bay State Park, Alaska’s first park, boasts 400,000 acres of area consisting of ocean, forest, glaciers, and mountains. Much of this park is undeveloped and is only accessible by boat or plane from Homer. Denali State Park shares its boundary to the west with Denali National Park and Preserve and is home to one of the state’s newest campground sites, K’esugi Ken RV & Tent Campground. Chilkat State Park, located 7 miles south of Haines, is one of the smaller state parks just under 10,000 acres. It offers several hiking trails and a boat launch for prime salmon-fishing access.

Many locals turn to Alaska’s public-use cabins. Built throughout the state’s national forests, national parks, and state parks, these rustic structures usually offer shelter along trails or remote coastlines with beautiful vistas. The Hilda Dam Cabin was opened recently outside of Juneau, but the options are endless across the state and reservations fill up quickly. The Alaska Hut Association also offers a system of linked backcountry cabins.

You can find even more information on exploring Alaska’s public lands at these information centers because, truly, the options are endless.

If you’re ready to start planning your trip to Alaska, check out our vacation planner and find your inspiration here. 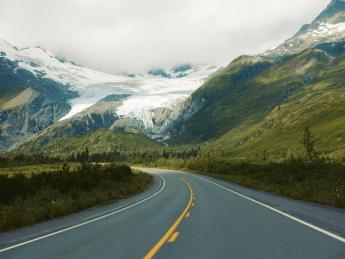 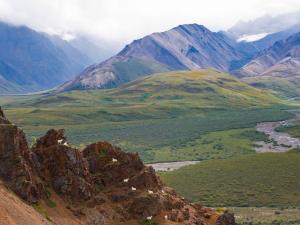 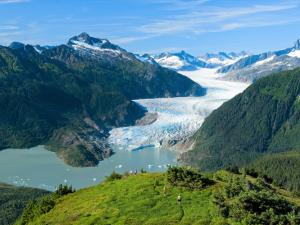