This trip mimics one of the most common cruise ship itineraries, touring through Southeast Alaska before ending up in the Southcentral ports of Whittier or Seward. From here, most cruise passengers either head to Anchorage to fly home or continue north to land excursions in Interior Alaska.

Sail away from Vancouver or Seattle on one of many Alaska-bound cruises. If you're not taking a cruise, you can mimic most of this itinerary using the Alaska Marine Highway ferries, which sets sail from Bellingham, WA and Prince Rupert, BC.

The trip up Alaska's coastline takes you through one of the most scenic waterways in the world. Keep your eyes peeled for marine wildlife like orcas and breaching humpback whales, and scan the rugged coastline for animals like brown bears and black bears, moose, mountain goats, and even deer.

Known as “Alaska's First City,” Ketchikan is the first major port that cruise and ferry passengers reach as they travel north. Originally used as a fish camp by the indigenous Alaska Native people of this region, modern-day Ketchikan stretches several miles along the coast, built into the steep hills that drop down to the water. It also has the world's largest collection of totem poles, some of which are scattered through downtown Ketchikan. The best spots for viewing the most totem poles are the Totem Heritage Center, Totem Bight State Historical Park, and nearby Saxman Native Village.

Juneau is one of America's most beautiful state capitals, with the steep summits of Mt. Juneau and Mt. Roberts providing a gorgeous backdrop. It's also an enormously popular port for cruise ships of all sizes; the most popular shore excursions include bear viewing, trips to nearby glaciers, whale watching, and fishing.

This “Gateway to the Klondike” was a portal for countless fortune-seekers during the Klondike Gold Rush. The broad boardwalks and frontier-style storefronts of Klondike Gold Rush National Historical Park, which double as Skagway’s downtown, are part of the most-visited national park in the United States. Once you've explored town, save a few hours to ride the historic, narrow-gauge railway that once served hopeful gold prospectors.

Spread across an impressive 3.2 million acres in Southeast Alaska, this treasure trove of scenic coastal islands, narrow fjords, and abundant wildlife offers an inspirational glimpse into what Mother Nature does best. Glacier Bay is home to the highest concentration of tidewater glaciers on the planet, but visitors also come here for the unparalleled opportunities to see marine wildlife, especially whales. If you're on a round-trip cruise, this is usually the point at which your ship turns around and returns to its home port. If you're on a one-way cruise the ship will keep heading west, taking you across the Gulf of Alaska.

You may need an extra day or two to cross the Gulf of Alaska, depending on how many stops your ship makes along the way. But most passengers agree that once you've crossed the gulf, one of the most spectacular sights you'll see is College Fjord outside of Whittier, where you'll be surrounded by more than a dozen ice-blue glaciers named for Ivy League colleges. Most cross-gulf cruises dock in the port towns of Seward or Whittier, at which point you board a train or motorcoach that takes you to Anchorage for your flight home, or for a connecting land tour to destinations like Fairbanks and Denali National Park. 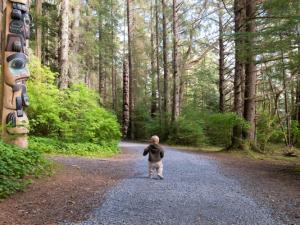 A Week Inside the Inside Passage

Take on some of the Inside Passage’s best adventures on this seven-day itinerary that includes ziplining, whale watching, bear viewing, glacier dog sledding, visits to wildlife rehabilitation and… 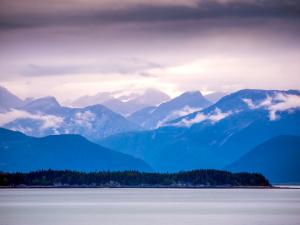