These state parks are located on Alaska’s largest island, home to the famous Kodiak brown bear.

At 3,670 square miles, Kodiak is Alaska's largest island and the country's second largest (after the Big Island of Hawaii). Scattered in and around Kodiak Island are six state parks and state recreation sites, offering a wide range of recreation opportunities including viewing World War II artifacts, renting a public use cabin, whale watching, bear viewing, and catching a trophy salmon.

Kodiak's most popular state park is Fort Abercrombie State Historical Park. The military fort was built in 1941 by the U.S. Army to protect Naval Air Station Kodiak and the Fort Greely Garrison from a Japanese invasion that never came. The fort sits majestically on the cliffs above scenic Monashka Bay. Visitors can explore the trails and World War II ruins through guided and self-guided walking tours. In early summer, visitors can watch whales migrate through Whale Passage. Fort Abercrombie also has 13 campsites designed primarily for tent campers (trailers and motorhomes have difficulty maneuvering on the narrow, rustic roads to the park).

Buskin River State Recreation Site is southwest of the city near the airport and features a 15-site rustic campground along with two picnic shelters, a nature trail, and good salmon fishing in the Buskin River. The Buskin River is one of the most productive fisheries on the Kodiak road system and features a handicapped-accessible fishing platform on the river. Hikers and bikers can explore the old military roads on the north side of the park.

Even further to the south is Pasagshak River State Recreation Site, created in 1980 to provide access to the lower section of Pasagshak River for fishing. The recreation site has a 12-site campground and is a popular spot for fishing for salmon and Dolly Varden.

Both Afognak Island State Park and Shuyak Island State Park are wilderness parks accessible only by float plane. There are few visitor facilities on the islands with the exception of three public use cabins on Afognak Island and four on Shuyak Island, plus a number of private fishing lodges. Visitors to these parks enjoy hiking, kayaking, wildlife viewing, fishing, and backcountry camping.

Woody Island State Recreation site is accessible by boat 2 miles from downtown Kodiak and is a popular spot for kayaking and backcountry camping.

Kodiak is home to several species of land mammals ranging in size from the little brown bat to the famous Kodiak brown bear. The Kodiak brown bear is the only large mammal that is native to the island. Sitka black-tailed deer, mountain goats, and reindeer have been successfully introduced to Kodiak. Roosevelt elk were successfully transplanted to Afognak Island, where they now constitute a healthy population, with some elk occasionally swimming across to Kodiak Island. Smaller animals found in the parks include fox, rabbit, muskrat, squirrel, and beaver. Gray whales, humpback whales, minke whales, harbor seals, sea lions, and sea otters are seen frequently along the coastline.

The variety of vegetation on Kodiak Island provides a spectacular array of color, patterns, and textures. The mild maritime temperatures and ample rainfall contribute to the abundance of green vegetation that is responsible for Kodiak’s other name, "The Emerald Isle." Coastal wildflower fields, lowland grasslands, shrub-lands of willows, dwarf birch and alder, rich wetlands, and wet tundra span across the parks. Alpine tundra covers the ridges and grows above tree line, which varies from about 500 to 1,000 feet.

The Sitka spruce forest that adorns the lower elevations is relatively young, and only covers the northeast end of Kodiak Island, mostly near Monashka Bay and Cape Chiniak. The Sitka spruce forest is not mixed with any other species of trees, making this forest very unique. The low protected valleys of central, eastern, and western Kodiak Island contain balsam poplar (cottonwood) and Kenai birch. An abundance of Sitka alder and a variety of willow species grow on the slopes and riparian habitats. The southern two thirds of the island are virtually treeless and support a thick cover of grass and wet tundra.

Afognak Island State Park has 3 public use cabins and hiking and biking trails.

Pasagshak River State Recreation Site is 45 miles from town. The park is accessed by driving to Mile 30 of Chiniak Road and then heading south on Pasagshak Bay Road for 16.5 miles.

Woody Island State Recreation Site is two miles east of the city and is accessible by boat or kayak.

Learn more about things to do in the Kodiak area. 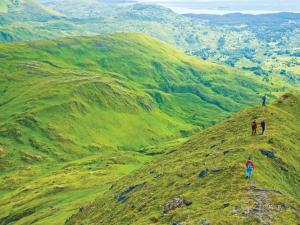 Bob Stanford has been running charters to Kodiak’s remote locations for over 30 years. Stanford knows just about everyone on the island and where to go to find the best bear viewing, fishing, or… 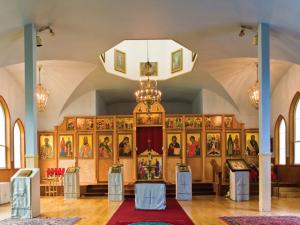 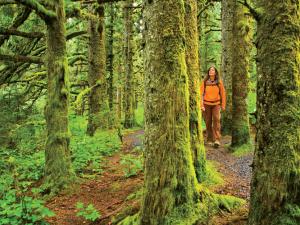 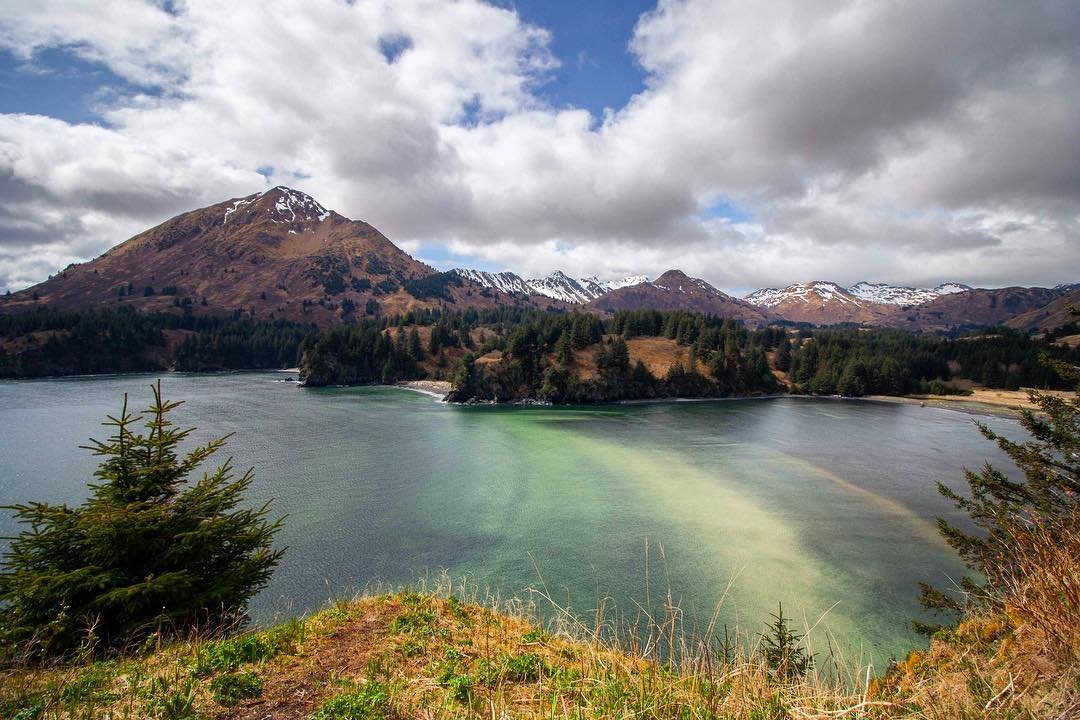 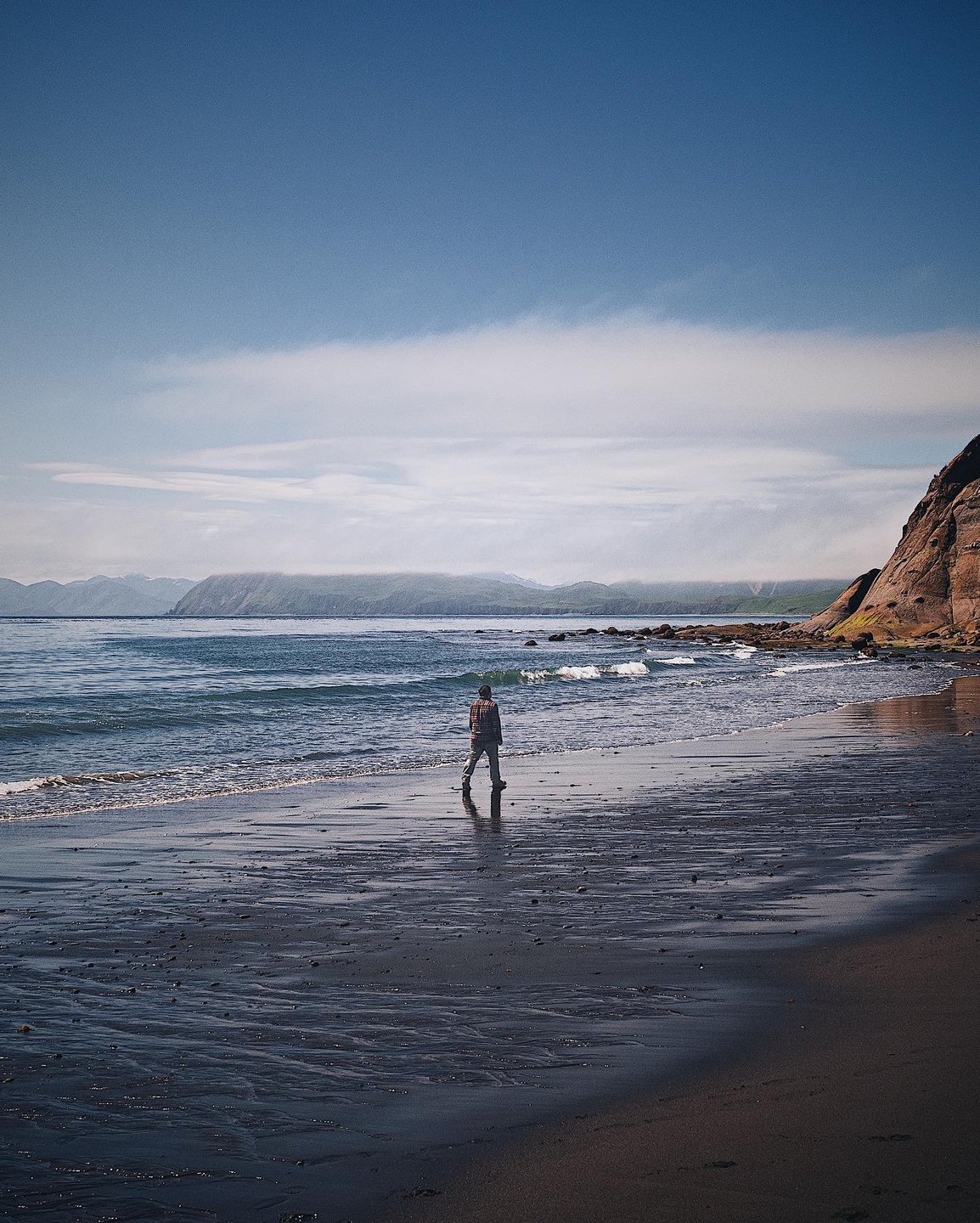 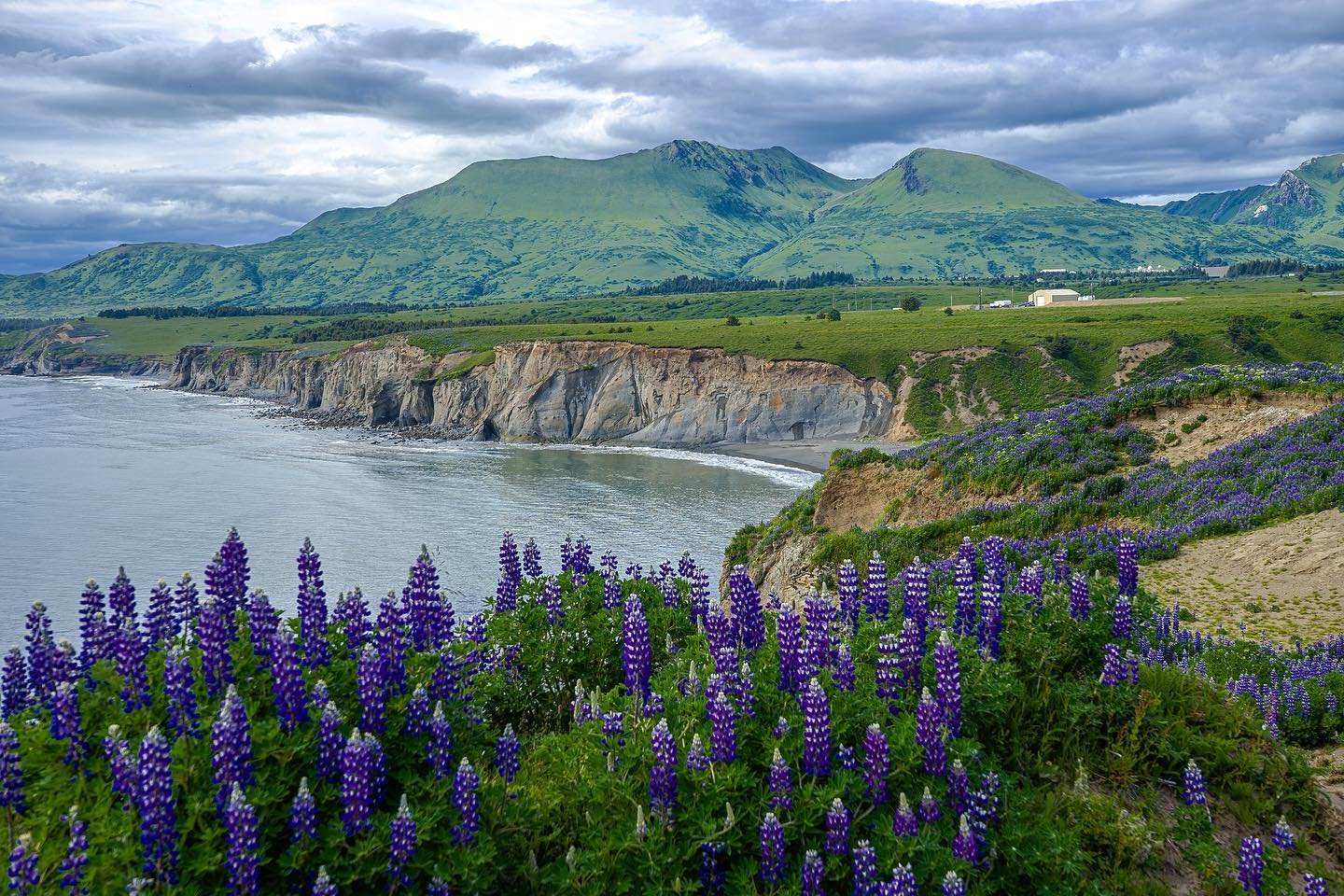 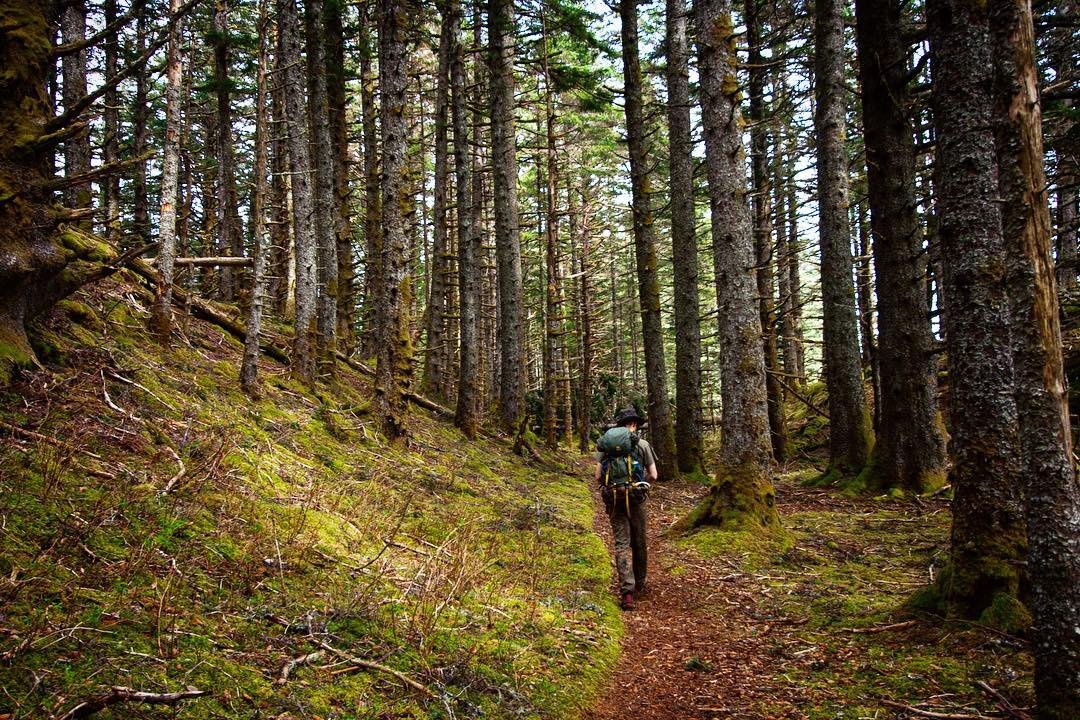 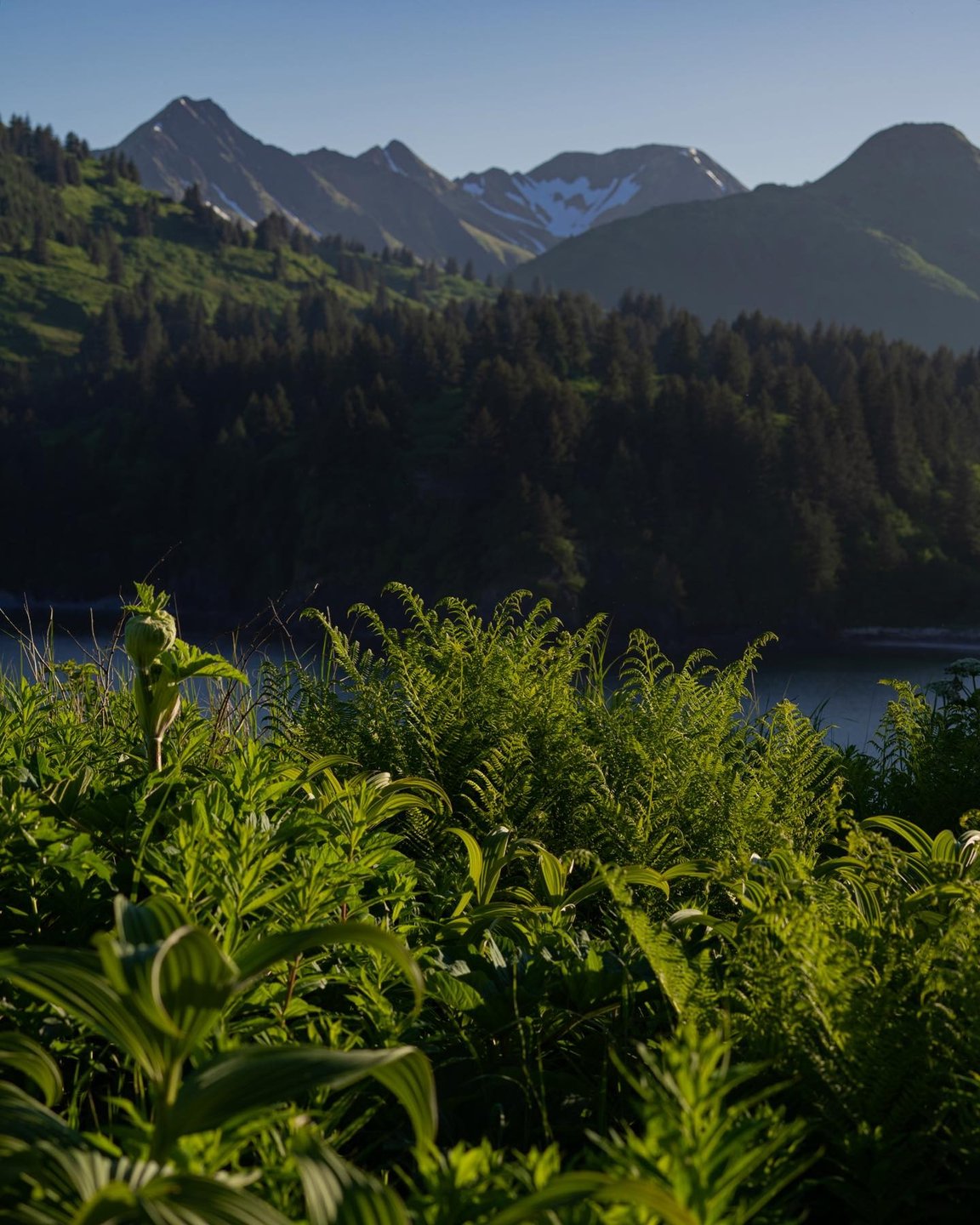